It’s been a long time since my last blog post, more than one year. I guess this confirms that year 2015 was totally crazy and busy year for me – luckily in a good way!

This blog post is more or less a sum up of most of the year, or at least the part that includes the whole “ship life” experience. Soon after I joined I started making selfies on every location I visited. It started just as photos to send to my family to show them I’m fine, but then I came up with an idea to make a “selfie album”. So that’s why this post is not about great photography but about my crazy adventure.

As I already mentioned in posts before, I got a job as a videographer on a cruise ship. It all happened really fast. I had a Skype interview on Friday, in the end of the interview I was given a weekend to think about it, Friday after that I already had to fly and join the ship. It was my first time to travel totally by myself, so it was one of a kind experience full of emotions and second thoughts. I always wanted to travel, I always wanted to work abroad, but when it all started happening I just couldn’t believe it I was so lucky.

I joined a ship Fred Olsen Braemar on one of the Canary Islands named La Palma. We cruised to Cape Verde, then back to Canary Islands. Last day of year 2014 we were in Tenerife, we waited to see the fireworks and soon after that we set sail across the Atlantic Ocean. It’s such a magnificent feeling crossing the ocean. I felt a bit like explorers once and when you look around and all you can see is ocean, you feel the wind in your hair… I went on top deck in the middle of a night when we were really somewhere half way across the ocean and it was full moon, clear sky and nobody else outside on the deck. I just lied down on one of the recliners and enjoyed the peace and I couldn’t believe this was happening to me. I said to myself that the only thing missing now is a shooting star and boom, there it was! Truly one of the most amazing things I’ve ever experienced.

Then I had the best time ever when we had two months cruising around Caribbean islands! I never imagined I’ll see these exotic tropical islands, but now I had two months of sunshine, palm trees, warm ocean, sandy beaches and amazing company all the time. One day we were in Antigua, then Aruba, Curacao, Saint Marteen, British Virgin Islands, we even visited Colombia and Panama. I couldn’t believe I was able to see the Panama Canal, then Panama City and I actually went on a historic train ride from Atlantic to Pacific coast! We also visited Havana and Santiago de Cuba where I visited so many historic places and I experienced my own version of the movie Dirty Dancing! I got a chance to swim with the dolphins at St. Kitts, let air planes fly really just few meters above my head at Maho Beach on St. Maarten (you gotta check my video!), drank crazy style at Boatyard on Barbados… (Check my other “Caribbean fun” video!)

Then we crossed the Atlantic Ocean again, made a short stop on Azores, then in Dover in UK, then we were off to the north. From hot summer weather to cold winter days in Norway in about a week… Our first cruise in these parts was probably the most unique one, because we went all the way up to Tromso where we even managed to see the northern lights, then we watched the total solar eclipse, amazing fjords, waterfalls and beautiful mountains. We actually had quite few cruises around Scandinavia, so I managed to see truly magnificent nature and cities. I’ve done some cool tours like the very steep Flam railway, I’ve seen the oldest wooden church in the world, I’ve seen so many Viking stuff I can’t even remember them all, houses with grass roofs, waterfalls, flowers, glaciers and even a small snow avalanche!

So all together in Europe I think we visited Norway, Finland, Sweden, Faroe Islands, Denmark, Germany, Saint Petersburg in Russia (but I couldn’t get off because I didn’t have a proper Seaman’s book – but I went on a pier just to say I stood on Russian ground! Ha!), then Spain, Portugal, France, Belgium, Ireland and UK. I think these are all… I liked so many places but I think on top of my list I would put Spain. Maybe because I visited Alhambra and Alcazar palaces which were on my bucketlist and they are truly so impressive. I’m a big Game of Thrones fan, so I was so excited to realize that some scenes were shot in Alcazar palace and I’ve also seen one of the castles in Ireland that they used for Iron Islands.

Now I know all this travel sounds really good and that’s why so many people tell me I didn’t really worked, I just enjoyed… Well no. I actually worked a lot! I had to film passengers getting on board on their first day, some sail-away and sail-in scenes, all the locations we visited and tours I went on, different shows on board and special events. When necessary I had to be a photographer as well, shooting portraits on gala/formal nights, I’ve done all the video editing myself as well, then we had to sell our products at the photo gallery… So actually sometimes I worked more than 10 hours every day, sometimes I was lucky and maybe I worked only about 6 hours in one day… Rarely did it happen that I worked even less. But in general it really depended from cruise to cruise. It’s a stressful job because you need to film so many things, then you edit, then it all needs to be done by the last day of the cruise, so the passengers can collect the DVD’s of their cruise…

On Braemar we were only a team of three – Photo Manager, Photographer and me, Videographer. After Caribbean our team got new Photo Manager and there were quite a lot of changes. I don’t mind changes, but after a while I realized most of these changes were not good. Maybe the sales were better, but the team spirit went down and my energy and motivation got really low. So I managed to get the issue solved by requesting to be transferred and so I ended up joining Fred Olsen Balmoral. We were team of four there and my energy got restored, team spirit was great and I managed to meet more amazing people.

Let me tell you a little bit about life on board. We eat at the crew mess (or some of us had the privilege to eat in officers mess or in one of the passenger restaurants too), food is different than the one we eat at home so it takes a while to get used to it, we have crew areas where we can hang out, we had some movie nights, karaoke nights, bingo nights and of course we had crew parties. Well we didn’t have parties too often, but without them most of the crew would go crazy, because you can’t just work all the time. That’s probably also the reason why crew parties are the most awesome parties you can ever go to, because basically everybody is your friend and once you get to know enough people and you truly relax you have the best time, you get amazing friends and you easily fall in love…

We had our cabins (rooms) below sea level and there is not a lot of space. Most of us shared our cabin with another cabin mate, some guys had cabin for four, so it’s very important to get along with more or less everybody, because you’re more or less stuck with these people for few months. But I was always lucky to have the best cabin mates and we became good friends. Also there were the water-tight doors that have this annoying sound when they close or open (which is when we arrive or depart from port), then some of us had cabins above the engine room so the whole room is noisy and keeps shaking, then some had cabin above the water tank and you can hear it splashing… Also you shouldn’t think about the ocean just behind the wall… Oh and I forgot to mention that crew wi-fi is expensive and very slow, so it’s good if you’re not too home sick. But that’s why we usually search good wi-fi spots when we reach the ports…

And beside all this, there are also passenger and crew drills, where every crew member has an emergency station and everybody knows where they’re supposed to go in a case of emergency. Every person on board has designated life boat or life raft, everybody has their role. Crew drills were once a week, but if you went on a tour or you were working you were allowed to be excused sometimes. So no joking around – ship life is a serious thing!

People ask me which ship I preferred working on and I can’t really say, because both of them had good and bad moments, but mostly it all depends what kind of people surround you. Now that I look back I can only say that the whole experience was amazing and priceless.

I returned back home in August, so I’ve been on board the ships for a bit longer than 8 months. At first I enjoyed some rest, free time and doing absolutely nothing. I had to get used to sunlight waking me up, hearing birds outside, and seeing the same view every day… Funny, but all these normal things become unusual when you come back from the ship. I’ve been posting quite a lot on Facebook to keep my family and friends a bit up to date where I am and what’s going on with me, but when I got home I couldn’t believe how many people wanted me to describe my experience and show some photos. I still can’t really believe this adventure happened to me, but when I see reactions of others I truly start to appreciate that this is really not something everybody experiences. I guess I dreamt for so long about traveling and working abroad that sooner or later it had to happen. It might sound cheesy, but now I really believe dreams come true. =)

There is so much more I could tell, but I think this post is already really long, but you’re more than welcome to ask me if you’d like to know more. =) Thanks a lot for reading! 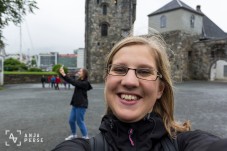 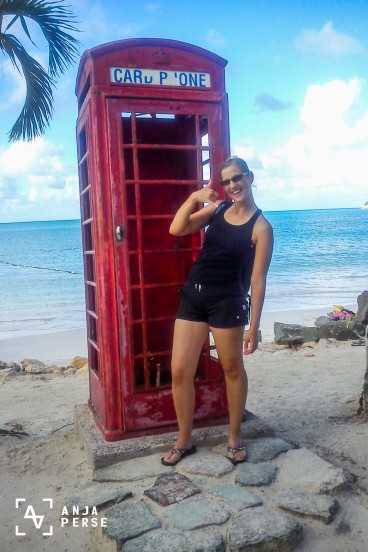 My shoppie friend and me in Havana, Cuba 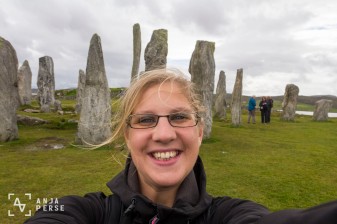 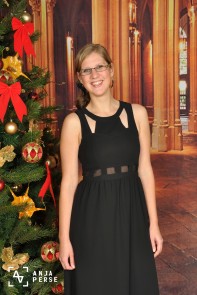 Christmas day on board 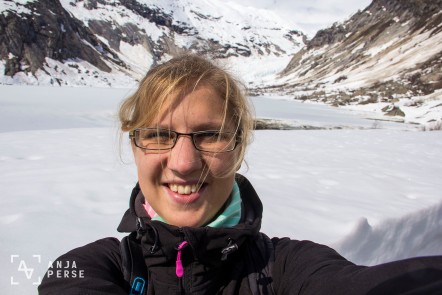 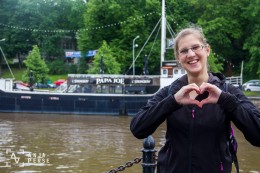 Snorkling and swimming above sting ray (on the right side), Antigua, Caribbean

Code Red on board, let’s clean! 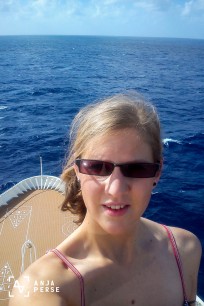 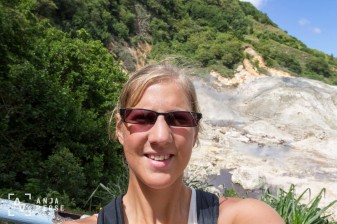 Riding on a double decker convertible bus in Copenhagen, Denmark 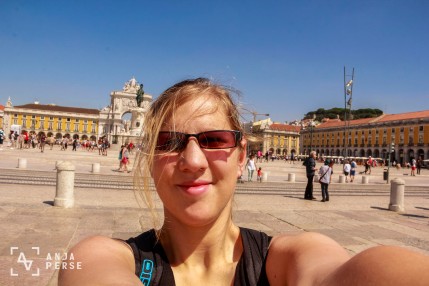 Time off at Seville, Spain

Hanging out at the bar, Boatyard, Barbados, Caribbean 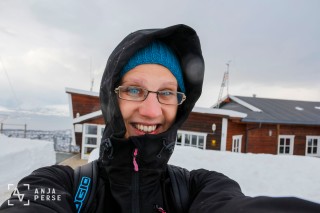 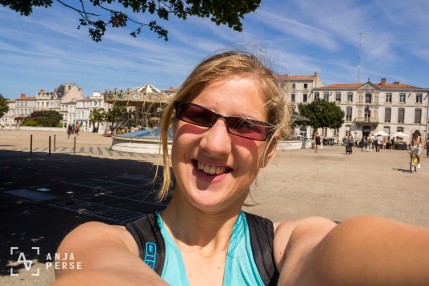 Crossing through the locks of Kiel Canal, Germany

Shooting from the ship’s bridge in Spain 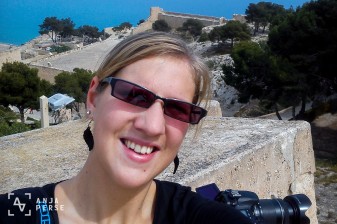 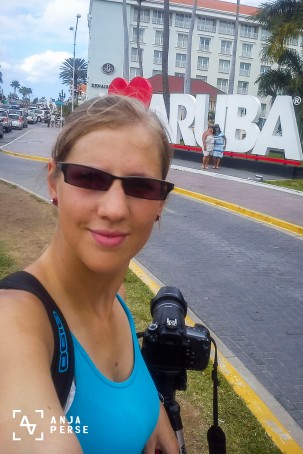 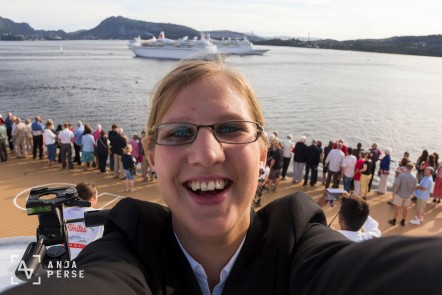 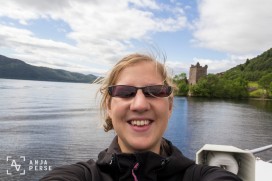 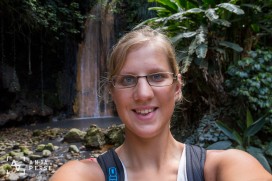 Filming from the bridge in Norwegian fjords 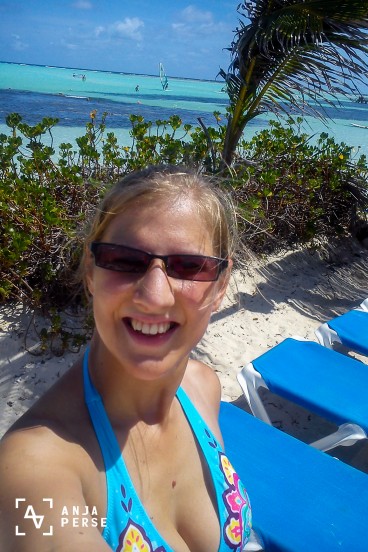 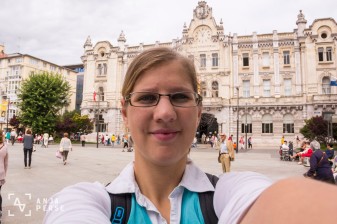 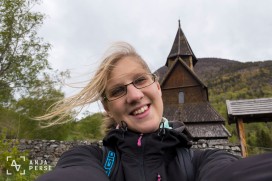 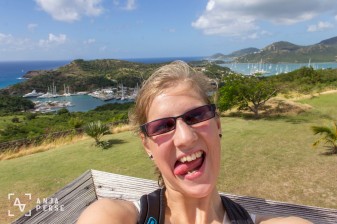 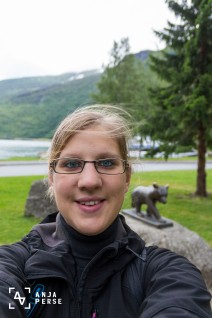