I know, I know… It’s been a really long time since my last post, but there was so much stuff going on that my photos were just waiting on the computer. I’m working on some projects and I took a lot of photos lately, but I just didn’t find time to edit them and write something. Nevertheless, today I managed to organize myself and with more than a month of delay, here are some photos from the last day of a weekend in Istria. You can read about the first two days at some previous blog posts – Day one at Novigrad and day two at Pelegrin and Poreč.

Anyway, we spent our third day at a small town (or maybe it is more a village) named Grožnjan. It is a bit more inland of Istria, close to Slovenian border, but I’ve never been there before. They say it is an artist town, mostly occupied by painters. I’ve heard about how great it is, how nice, full of live and so on… So maybe I expected a little bit too much out of it. I mean, yes, I did like it, but maybe I wasn’t so excited about it, because it was already a bit off season and there wasn’t so much going on. There were some people, some shops were still open, but in general my impression of this town was a bit too “slow and lazy” for my taste. It is probably very nice for retired people or for those seeking a lot of peace and art. I like that stuff too, but here it was just too much for my taste. But hey, if you are in the area, I still think it is worth the visit. If nothing else, the views are great from up there!

Oh, and just so you know – when you see the road sign for Grožnjan, turn that way and when you think you got lost and you maybe missed some road, well, you probably didn’t. There is just not many signs that would let you know you are going the right way. And when you reach the top there are parking spaces, so don’t worry, unless it is a day with a lot of tourists. 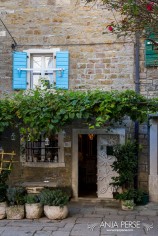 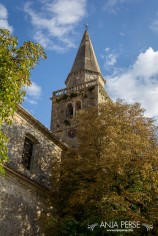 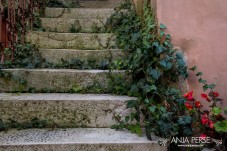 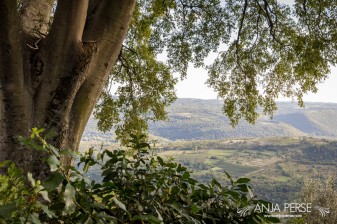 I finally decided to put my diploma photos on my blog. I was hiding them for a while, because I know they are a bit different than most photos and also because I wanted to keep some mystery around them. So now that they have been exhibited at my school and at one of the galleries in Ljubljana, I think it’s time I show them up here as well.
Title of series is “Water church”, even though none of the churches are actually named like that, but I just think title fits, because photos include both of these elements. And no, photos are not photoshopped (except some color corrections) and there is no computer liquify effect used on them. I’ll let you figure it out on your own how I did it.
Any comments and critiques are welcome! 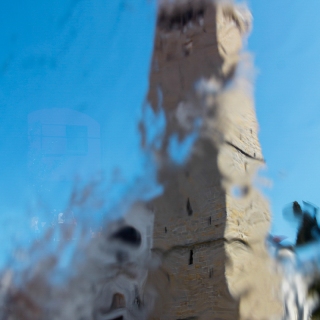 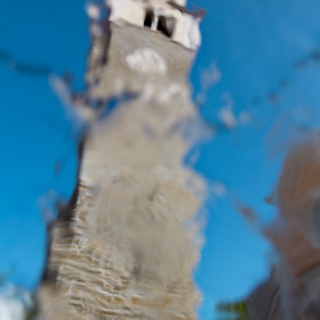 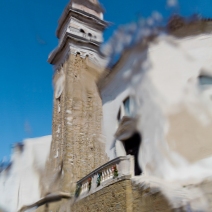