Fallen leaves, fallen leaves, fallen leaves on the ground… Every single year when the leaves fall down from the trees I can’t get the “Fallen leaves” song by Billy Talent out of my head. Well this was few days ago, when the weather was still quite nice here in Slovenia and most of the trees still had the leaves on. It was really nice and warm autumn day, so we decided to have a little hike.
We went on top of the Rašica, hill a bit north from Ljubljana. There is a tall iron tower on top, so I went up and took some photos from up there. Sadly it was quite foggy below, so the view wasn’t as nice as it could be. I guess I’ll have to return to the Rašica tower some other day when the visibility will be better. 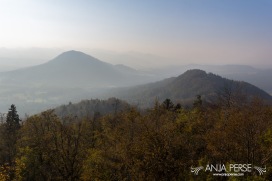 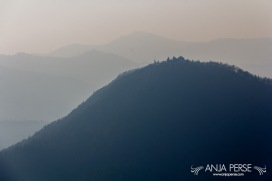 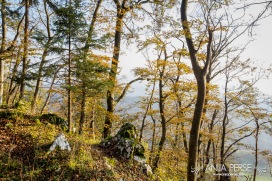 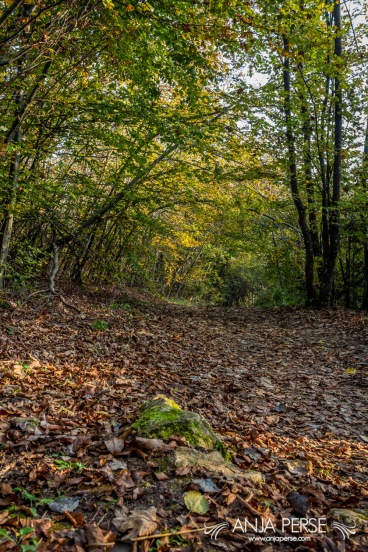 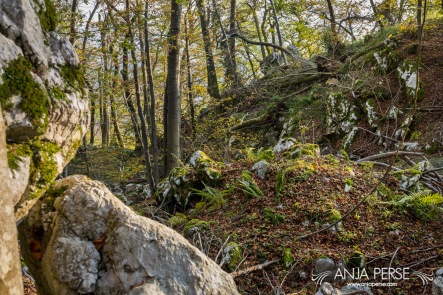 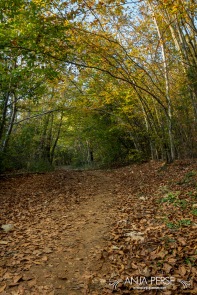 If anyone didn’t notice yet, autumn is here. Maybe not in all countries around the world, but here it is. Leaves changed their color, most of them already fell on the ground and many already got dry and brown. I like autumn when weather is still quite warm and sunny, I love how the whole nature changes colors and makes everything so much more interesting. But then all that stuff I love just goes away and everything prepares for cold winter and snowy days. Grrr, I must not think about that. It is probably much better idea to simply watch these photos of fallen leaves and get stuck in this moment for a bit longer… 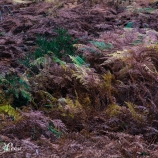 No leaves, only fern… Lots of it… 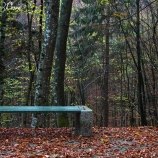 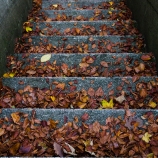 Nobody climbs this staircase… 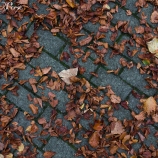 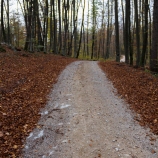 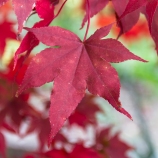 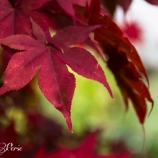 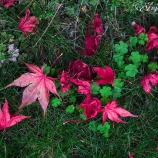 Japanese Maple leaves on the ground

Day 75 – Monday, 03.12.2012
Well today started as a nice sunny day, but soon it turned out as a cloudy grey day and it stayed like that for the rest of it. Oh well, at least it wasn’t windy and too cold. It was like a usual autumn day, though it’s actually already winter and it’s snowing in Slovenia. So I guess I have nothing to complain about. But when I think about it a bit, I think I actually miss snow a little. You know, just watching small snowflakes falling down and when everything is white and there is a fireplace making this cozy feeling in the house… Yes, I miss that.
Anyway, I didn’t do anything really worth mentioning in the morning exept maybe editing some more photos and saving some on them on my USB, so I’ll be able to print them and take them to school. Gaja and I decided to go to school a bit later because we didn’t want to just sit there and throw away our time again. But before we went to class we stopped at Vivaci where I wanted to print those photos but I couldn’t because USB didn’t work. Oh well, next time I guess… So I have to bring my photos to the class next week. We stayed at class just for a short time and then we returned home because Gaja had a photoshooting later.
I went on a mission of finding a hula hoop, but couldn’t find it at two of the stores I thought they will have it. So I’m still searching for it. I think I know where they might have it. And you might ask why do I want a hula hoop. Well I saw few videos of it these days and I realised I always wanted to learn how to spin it. I mean, I did that at school when I was a kid, but I never managed to spin it for a long time. So I decided I’ll buy it and try to master it now. =) I just hope I’ll be able to get it somewhere around here. =)
So I spent most of my evening just watching some series and when Damir returned back from school we hanged out in a kitchen a bit. Well, not just a bit, I think it was about two hours of chat, because when you put two people that can talk all the time in the same room, it’s almost never ending talk… =)
And here are some more photos that I took yesterday at the park, but I edited them today.

Day 74 – Sunday, 02.12.2012
Another sunny morning and again time for some laundry. We have these sunny days for this because nobody knows how long they will last. After my workout exercises I decided to go out a bit and take some photos. So I went to that large park behind the hospital and this time I took my Canon 60d with me, because I didn’t go jogging and I could afford to take a larger camera. =)
I think I spent about a hour or hour and a half in that park. I really enjoyed it because it is simply beautiful park and it was just perfect because of the sun. To me it looks just like from a fairytale and colours there are amazing. Green grounds with orange fallen leaves and clear blue sky… Amazing. So today there is just few photos because I decided to take a bit more time for editing them and so I couldn’t edit a lot more. I’ll post some more of them tomorrow.
Anyway, after my photo mission I returned home and had some lunch. I also gave our kitchen some winter spirit by posting those paper snowflakes on a window, just as I did in my room yesterday. It is snowing in Slovenia today, so I brought some snow to our apartment too. =)
Later I talked to my family on Skype, because my mom was having a small birthday party and all of my reletives were there, so it was really fun to see them all! I even saw my cousins daughter and she’s growing so fast! When I’ll return she’ll probably already talk and say whole sentances. For now she was just looking at computer monitor all confused how is it possible that something from the monitor is calling her name and waving to her. =) So it was really nice to get some ‘family love’ from everybody. =)
Well most of the evening I spent editing following photos and that’s pretty much it for today. But I think it was nice and productive day and finally I really took time to play with photo editing possibilities. Though I know I could do even better if my laptop monitor wouldn’t be that bad and poor machine is just suffering when editing raw photos… New laptop next year, definitely.